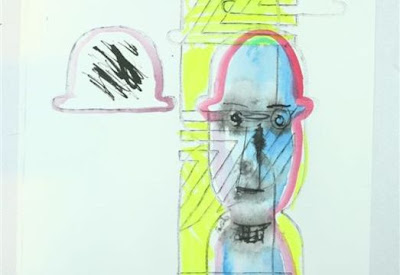 20th World Festival of Animated Film – Animafest Zagreb dedicated to short animated films will be held from 01 – 06 June 2010. Animated shorts completed in 2008 or later with a running time of 30 seconds to 30 minutes are eligible to apply. Submission deadline is 31 January 2010. For detailed information and film submission, please click here.

The World Festival of Animated Film in Zagreb is traditionally the second oldest festival in Europe. In the course of its thirty-year-old history it has systematically been following world animation production through a number of films in competition and out of competition. Built on the tradition of the Zagreb School of Animation, Animafest, the festival oriented towards auteur film, has made a reputation of being one of the most significant events in the domain of animated film.

Approved by ASIFA (International Animated Film Association) and founded by the City of Zagreb and the production studio Zagreb Film the first World Festival of Animated Film was held in June 1972, headed by Želimir Matko, the festival’s first director and its driving force who was working tirelessly for the festival until he died in 1977. Since that time, the festival has hosted many renowned makers of animated film, gaining an international reputation mainly thanks to its long-standing managing director Margit Buba Antauer. In 2005, Animafest introduced the programme of animated feature film.

Since then this biennale festival has turned into an annual event – each odd-numbered year is devoted to feature film and even-numbered one to short film. By decision of the Festival Council, made in 2007, Animafest is under a new art and organisation leadership that aims at continuing the festival tradition by developing programmes that would enable authors and professionals a more active participation at the festival. With new initiatives, such as the founding of Regional Pitching Forum for projects in Development and Animafest Fund, Animafest aspires to become an active participant in encouraging the production and distribution of animated film.